With £30 million investment, our state-of-the-art sports & exercise facilities coupled with world-class expertise provide the ideal platform to study the impact of diet and food on human performance, recovery & regeneration in the athletic, clinical and general populations 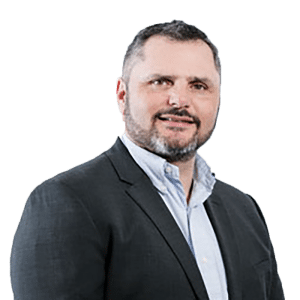 Tart cherries are rich in phytochemicals that include compounds that contain anthocyanins and melatonin, which possess antioxidant and anti-inflammatory properties and consequently have the potential to enhance recovery following strenuous physical activity. Our research has examined novel applications of tart Montmorency cherry juice, specifically in recovery from exercise and managing exercise-induced inflammation, oxidative stress and sleep; this has led to extensive reach to the scientific and wider community and has seen significant increases in the sales and its routine use by athletic (Olympic and professional sports) and general populations who report positive effects on the global effects of recovery following training, competitions and injury.

Interest in this functional food, globally, has grown enormously to the point where sales have increased by two-fold for tart Montmorency cherry juice concentrate (CherryActive) in the week of the research being released. CherryActive, with over 1,000 retailers, is now the largest supplier of Montmorency cherry concentrate and capsules in the UK. The Managing Director has said the research has directly contributed to an increase in sales (approximately 12 per cent increase from 2010 to 2011) which was unexpected during a time of austerity and when the price of cherries had increased enormously due to crop failures influenced by inclement weather. This has resulted in a more sustainable future for the business.

Many of thousands of people routinely use tart cherry concentrate to manage joint pain, improve exercise recovery and sleep quality and also to increase antioxidant intake; while it is not possible to completely attribute our research with all these users, UK distributors have attributed the increase in sales to the publication of the research and the substantial expansion of their market (source from CherryActive). A recent example of where the research has impacted on the wider community is provided by Mark Allison who raised over £100,000 for charity by running across America in 100 days: he said tart cherry juice was essential in aiding his recovery from day to day and he will routinely use it to facilitate recovery from training and events for the future.

The results from the research have also had a meaningful impact on the wider community, where the application has been realised for numerous people with disordered sleep, are time zone travellers or shift workers. There was an increase (~two-fold worldwide) in the sales of Montmorency cherry juice following the publication (Howatson et al., 2012) of the research. The research was also recently featured on a Channel 4 series Food Hospital (December, 2011) where a simplified on-line public trial was conducted over a two-week period to examine the efficacy of cherries in aiding sleep. Finally, a recent medical TV programme in the United States (The Dr Oz Show, 30 October 2012) also highlighted the research conducted at Northumbria and how the findings are being implemented by practitioners and impacting on patients globally.

Our highly specialised sports facilities are at the heart of our competitive advantage in nutrition and sports research.