High quality human nutrition trials lie at the centre of successful health claim substantiation.  We, at Nutran, aim to support our clients in establishing high-quality scientific evidence to support health claim beginning with identifying and clearly defining relevant health outcomes and methods of measurement to designing the study, volunteer recruitment, study execution all the way through to data analysis and report writing. 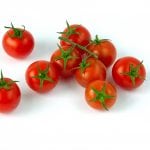 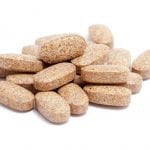 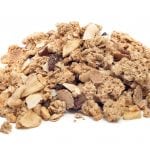 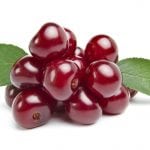 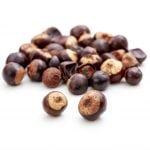 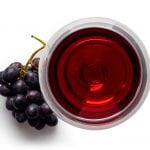 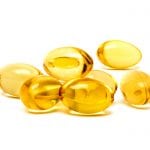 For the Berocca™ and Supradyn™ efficacy studies Bayer have provided a statement which confirms:

the importance of BPNRC research to the marketing and success of their products (including noting that “in some countries the statement `clinically proven formula’ can be made in part due to the BPNRC clinical research,

the use of BPNRC data in registration documentations in countries where Berocca™ and Supradyn™ are registered as over-the-counter (OTC) health products.

For the Berocca Boost™ product development project Bayer have provided a statement which confirms that:

positive research on guaraná that was conducted at the BPNRC largely contributed to our ingredient selection for the development of Berocca Boost™” and the efficacy trial of the subsequent product, since the product launched in 2008, it has been marketed in 10 countries and that therefore this product “today globally represents a substantial amount of total Berocca sales.

Summary of our Research Impact

The Brain, Performance and Nutrition Research Centre (BPNRC) has an international reputation for research conducted in collaboration with industry to assess the impact of nutrition and dietary interventions on brain function. Our research benefits our industrial partners financially, in terms of increased product sales, and by providing evidence supporting the introduction of new products that improve consumer wellbeing. This case study focuses on research that supported Bayer to develop successful brands with public health benefits.

Details of the impact

The BPNRC conducts research assessing the effects of nutritional interventions on brain function. Although fully independent, BPNRC staff work closely with industrial partners, including leading global manufacturers and pharmaceutical companies. Research income since the inception of the BPNRC in late 2007 totals more than £2 million, working with more than 10 companies (such as Beneo, GSK, Kellogg’s, Vitabiotics) on more than 20 studies. As such, much of our work is directly conceived to have an impact on our partners, most often in terms of bolstering product value and turnover by demonstrating efficacy, or by facilitating the development of new products. In turn, these products can be used by consumers to bring health benefits through improved lifestyle and wellbeing. Below are examples of how our research translates into commercial benefits for two international companies.

Bayer Consumer Healthcare (Basel) manufactures several leading global brands of multi-vitamin/mineral supplements. Whilst significant proportions of the populations of developed societies have been shown to have inadequate micro-nutrient status that might be rectified by these and similar products, little research has actually been conducted investigating their efficacy. The management of Bayer assessed the potential impact that direct evidence of the efficacy of their products would have on consumer behaviour (i.e. that credibility would translate into sales) and decided to sponsor research investigating the efficacy of Berocca™ and Supradyn™ with regards to cognitive function and psychological state. The subsequent research demonstrated that both products could improve mood/mental health and/or cognitive performance in healthy, employed adults (Haskell et al. 2010; Kennedy et al. 2010, 2011). This research has been widely used by Bayer who in a statement to Northumbria University confirm they have used this “on brand internet sites, company’s intranet sites and pharmacy literature”, and to support “road shows, media events and marketing brochures for health care professionals”. Bayer also confirms that BPNRC research is also cited in the “registration dossiers (clinical overviews) of Berocca Performance and Supradyn” where they are registered for over-the-counter sales. Where it has been allowed by governmental regulatory authorities (e.g. Australia, Philippines, Taiwan) the BPNRC data have been further used as evidence to support direct health claims and Bayer have used statements such as “clinically proven formula” in advertising, bolstering the credibility and therefore sales of the products.

Bayer state that the research conducted by the BPNRC has increased the value of their two brands and has been instrumental in the growth in global uptake of both products, with an estimate of the contribution in the £10s millions since 2010. The initial management decision to proceed with the research projects was taken on the basis of forecasts of potential growth and product value and Bayer are satisfied that these expectations have been met. Indeed Bayer state that, “the collaboration of Bayer with the BPNRC is crucial for the continued success of our products”.

The pharmaceutical company Boehringer-Ingelheim has sponsored BPNRC research investigating the effects of guaraná on mental function (2003-2004). Subsequently, Cognitive Drug Research Ltd sponsored a PhD programme (2004-2008) that included further research into the effects of guaraná. This research confirmed the benefits to cognitive function seen in the previous research and showed that this was not as a consequence of guaraná’s caffeine content. Subsequently, the resultant publications (Kennedy et al. 2004, Haskell et al. 2007) were used by Bayer Consumer Healthcare, in consultation with the BPNRC, as evidence supporting a major investment in the development of a multi-vitamin/guaraná product, Berocca Boost™. This product was then tested within the BPNRC and the results confirmed the previous observations of acute improvements to attention/executive function task performance (Kennedy et al. 2008). Berocca Boost™ was subsequently launched in 2008 and is currently marketed in the UK and nine other countries (including France, Spain and Singapore) and has generated extensive sales. Bayer confirm that this “globally represents a substantial amount of total Berocca sales” and BPNRC have played “a substantial role in their commercial success”. The underpinning research conducted in the BPNRC not only provided the evidence on ingredient selection needed to drive a major investment in product development by Bayer, but has also been key to the success of the product, which is being rolled out globally over the coming years. The underpinning research has also been used as direct evidence supporting product claims in several countries.

Conversely, research conducted within the BPNRC has demonstrated a lack of efficacy for other products: for instance, the omega-3 fatty acids that were widely purported to benefit cognitive function in children. The largest (of several) studies within the BPNRC investigating omega-3s confirmed the lack of effect previously seen in children in a larger sample of adults (Jackson et al. 2012) and led to the sponsoring organisation (Pharmaton SA, now Ginsana SA) shelving plans to develop omega-3 based products for improved cognitive function.

The BPNRC (formerly the Human Cognitive Neuroscience Unit) (Director: Professor David Kennedy, PhD awarded at Northumbria, 2002, Research Associate since 2002, Research Fellow since 2003, Reader since 2005, Professor since 2008; Associate Director: Dr Crystal Haskell, PhD awarded at Northumbria, 2008, Research Associate since 2008, Research Fellow since 2010) conducts research assessing the effects of nutritional and dietary interventions, including essential nutrients, food supplements and herbal extracts, on behaviour and aspects of brain function. Published work has included demonstrations of the positive health and wellbeing effects of diverse products such as cocoa flavanols, ginseng, vitamins, and terpenoid extracts of sage (Salvia); and the negative or null effects of products such as the ‘green tea’ polyphenol epigallocatechin gallate in terms of cerebral blood flow and the polyphenol resveratrol and omega-3 fatty acids in terms of cognitive function. Parameters such as cognitive function and mood are assessed using an in-house Computerised Mental Performance Assessment System (COMPASS), a flexible software framework specifically designed to deliver customised assessments of cognitive performance and mood. BPNRC research provides a strong evidence base to inform product development, or enhance the value and turnover of existing products by providing evidence of efficacy. Examples of each of these are provided below.

Product Efficacy
Vitamin/mineral supplements are by far the most widely taken food supplements globally, with more than one third of the adult population of the USA reporting their use. Multi-vitamins make up the majority of these products and yet this class of products has attracted negligible research interest. To improve the evidence base for supplement effects, a series of projects were run during 2009-10 within the BPNRC which assessed the efficacy of existing multi-vitamin products with regards to aspects of subjective psychological state and cognitive function (as assessed by sensitive computerised cognitive assessments). In the first of these double-blind, placebo-controlled trials (Kennedy et al. 2010), four weeks of supplementation with Bayer’s Berocca™ multi-vitamin/mineral in healthy male adults (N = 215) was shown to improve both cognitive function and subjective ratings of stress (Perceived Stress Scale) and mental health (GHQ-12). Subsequently, nine weeks’ administration of Supradyn™ multi-vitamin/mineral to healthy adult females (N = 210) was shown to improve performance on a computerised multi-tasking battery, reduce task related fatigue and lower homocysteine levels (Haskell et al. 2010). Conversely, the omega-3 fatty acids docosahexaenoic acid (DHA) and eicosapentaenoic acid (EPA) have garnered enormous interest on account of their assumed beneficial effects on brain function, particularly in children. Following on from research conducted within the BPNRC for Martek Biosciences, which showed no effect of DHA on cognitive function in children, a series of studies were conducted in healthy adults for Pharmaton SA (now Ginsana SA) as part of an industrially sponsored PhD (Philippa Jackson PhD awarded at Northumbria, 2010). These studies, conducted in 2007-2009 (e.g. Jackson et al. 2012), again showed no beneficial cognitive or mood effects of differing ratios of DHA:EPA and led to the sponsoring organisation refocusing their product development elsewhere.

Product development
Guaraná (Paullinia cupana) is a commonly consumed South American plant extract that is often added to drinks and foods as a natural source of caffeine. The first study in 2003-2004 assessed the psychoactive effects of guaraná (alone and in combination with ginseng) (Kennedy et al. 2004). This research showed, for the first time, that guaraná could improve performance of tasks assessing attention and executive function, an effect that was unlikely to be attributable to the low caffeine content of the extract employed in the study. This led to a further dose-ranging study in 2006 as part of an industrially sponsored PhD (Haskell, sponsor Cognitive Drug Research Ltd). This study confirmed (Haskell et al. 2007), on the basis of non-linear dose response relationships, that the psychoactive effects of guaraná were not directly attributable to the extract’s caffeine content. A further study in 2006 (Kennedy et al. 2008) assessed the psychoactive effects of a novel product comprising a multi-vitamin with added guaraná. This study once again confirmed acute improvements in attention task performance and subjective fatigue.